The root cause of the angelic conflict is ownership of the earth. It began when Lucifer, the shining light, rebelled against God.

The Scroll also known as the Book of Life is the Certificate of Ownership of the earth. It is currently in the right hand of God the Father in the third heaven. Whoever receives it at the end of the leasehold of the earth granted to Adam is the owner of the earth.

Lucifer was the governor of the earth prior to the creation of Adam and Eve. He conceived iniquity in his heart and said: ‘I will ascend into heaven, I will exalt my throne above the stars of God; I will also sit on the mount of the congregation on the farthest sides of the north; I will ascend above the heights of the clouds, I will be like the Most High.’ (Isa 14:13-14 NKJV)

He was able to convince a third of the angels and the pre-Adamites to join him to launch attack on heaven. He and his cohorts were repelled by the heavenly host and cast down to earth. “And He said to them, ‘I saw Satan fall like lightning from heaven.’” (Lk 10:18)

Lucifer wanted desperately to take hold of the Certificate of Ownership of the earth and rule the earth perpetually. As god of this world and the prince of the power of the air he has created doubt in the heart of the nations and peoples in the world. Many believe him and follow his pernicious ways.

In spite of his defeat he continued to deceive pre-Adamites that became demonic principalities as well as fallen angels that became powers, rulers of the darkness of this age, and spiritual hosts of wickedness in the heavenly places that he would regain control of the earth. He will launch an attack against heaven again and fail woefully.

Human beings who are controlled by him are also greatly deceived. Many of the deceived do not know they are deceived because their god has blinded their eyes and hardened their hearts against the glorious gospel of Christ.

The church is not free from deception. Many in today’s church have changed the ancient landmarks. Weird doctrines have replaced the doctrines of Christ. But the greatest deception will befall the Jews.

Immediately after the rapture of the church a man will appear on the world scene posing as the Prince of Peace. The Jews will accept him as the Messiah because he will deceptively persuade Israel and the Palestinian Authority to sign a peace Agreement for seven years. He will authorise rebuilding of the Temple in Jerusalem, resumption of animal sacrifice and the restoration of the priestly order. This man will after three and one half years become the antichrist and deal with the Jews ruthlessly for another three and one half years.

“I have come in My Father’s name, and you do not receive Me; if another comes in his own name, him you will receive.” (Jn 5:43 NKJV)

Jesus said: “Take heed that no one deceives you.” Deception leads to disobedience of God’s word. Disobedience to the commandments of the Lord carries a heavy penalty.

Do not be deceived. 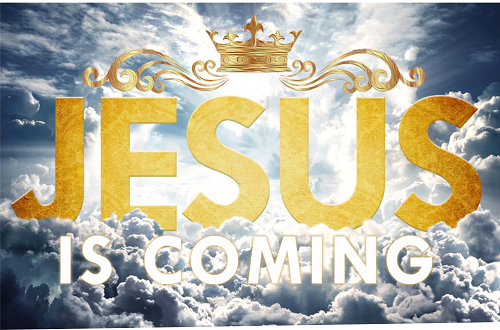 In response to His Disciples’ three-pronged question, Jesus told them the things that would befall them, the Temple, the city of Jerusalem and Jews as a whole.  He talked about the persecutions that awaited His followers. There would be random arrests, trials, imprisonments and martyrdom of Disciples.  On the Temple, He said ‘there shall not be left one stone upon another that shall not be thrown down.’

Earlier He had told them that Jerusalem would be destroyed and the Jews uprooted from the Promised Land for the second time in their history. The people of Israel ‘shall fall by the edge of the sword, and shall be led away captive into all nations: and Jerusalem shall be trodden down of the Gentiles, until the times of the Gentiles be fulfilled.’

The issue of dispersion was not new to the Jewish Disciples.  Moses, Isaiah, Jeremiah, Ezekiel and other Old Testament Prophets foretold the captivity of the people for turning their back on their God.

What Jesus said was different and shocking. The violence on the Jewish people, nation and institutions was to be so brutal and fiendish that Israel would cease to be a nation.  Never before had this happened.  In the two versions of the previous dispersions, there was a remnant of the people on the land.

The Assyrian plunder of the northern kingdom of Israel left a remnant on the land. One hundred years later, King Nebuchadnezzar took the southern kingdom of Judah captive. The dispersion was prophesied by Jeremiah (Jer 25:11) to last 70 years.  It did.

During the Babylonian captivity there was a remnant in Judah and Jerusalem.  The nature of the dispersion Jesus told His disciples was different. The Disciples were perplexed.  Their confusion was heightened by the fact that Peter had successfully identified Jesus as the Messiah, the Son of the living God, and the most-awaited hope of Israel.

By the time Jesus was discussing with His disciples events surrounding the end of the age at the Mt of Olivet, the Church was not in existence.  The disciples’ questions therefore were asked from a Jewish perspective.  Jesus equally gave them a Jewish answer. However, although the Church was not in existence at the time of the Olivet Discourse, the ‘beginning of sorrows’ prophecy by Jesus affected the three end-time groups.  The three groups are the Gentiles, Israel and the Church of Jesus Christ.